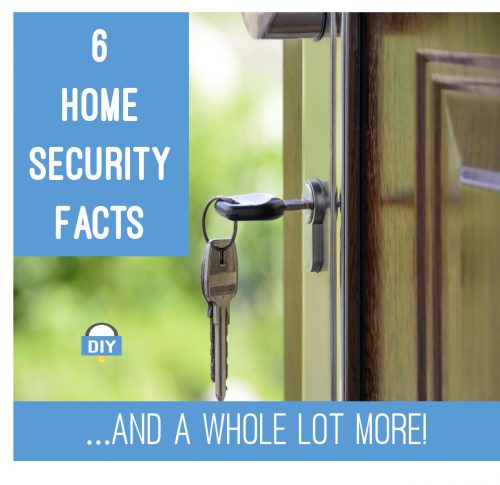 When it comes to being safe from intruders, it’s vital that you get the home security facts. Being uninformed is how we get taken advantage of in the market place and end up being unprepared for what can turn out to be one of the most traumatic days of our lives; the day our home is broken into. So let’s talk home security facts and what do we know for sure.

Once your home is burgled, it’s difficult to ever feel secure again.

Whether you come home to find your privacy has been violated or, God forbid, you walk in on a thief, the psychological effect is real and lasting. Add to that, the burglar likely lives within 2 miles of your home and is caught less than 15% of the time.

You see, most break-ins take place in the middle of the day when people are at work and school. Burglars case out your home looking for movement inside. Seeing none, they hope to break-in, take your valuables and leave. But if you happen to have been home sick in bed that day, or in the basement and just simply out of sight, you are now trapped inside and facing potential violence. Frighteningly, almost 30% of burglaries take place with someone home.

According to the Bureau of Justice, in 2016 there were an estimated 15.9 million property victimizations in the United States. That’s astonishingly somewhere in the neighborhood (no pun intended) of 1 out of every 10 homes. I think we can all agree that having the home security facts is important.

Your entryways were not built for security.

Think about your door for a minute. How often do you see a door kicked in on TV? Or someone peeks through the opened door with the chain attached and then, “Boom!” The intruder easily crashes right in.

Real home security is almost always going to be found in after market items. The soft wood used to construct the door frame is great for the builder because it makes it easier to install. On the flip-side, it’s just not very good at housing the tongue of a deadbolt when someone wants to illegally gain entrance into your home.

What about your windows or glass panes on a door? Just like everything else about your home, they were made to look attractive. And in the last couple decades, even to provide better insulation. But from shimming to leveling, security is just not the first thing on the builder’s mind.

According to statistics, most thieves are planning on coming in the easiest way possible. Burglars don’t plan like they did in Oceans 11. They usually just want in fast.

Maybe your not sure about this point. I’ve heard people say, “My home security is point-and-shoot.” Or, “My dog’s got something for anyone trying to get in here.” Let me tell you why a deterrent is a better solution.

So a deterrent can save money, save you from heartache and save a life. But it will definitely save your stuff. According to the FBI there’s a less than 5% chance that you’re getting your valuables back if you’re robbed in the USA.

The police can’t keep you safe.

Thank God for our amazing first responders. But remember there their role is to respond. Average police response time is 7 minutes. And if 911 receives a conventional motion detector alarm, your call drops down to a priority 3 out of 4 level.

Aside from the time it takes to respond, a down-side to having professional services is it naturally leads to apathy. For example, in 18 century Williamsburg, VA every homeowner had to own 2 buckets and respond to a town fire. Every citizen was a first responder. When traveling back-and-forth from their rural homes to the capital city of Virginia, the state representatives provided for their own personal security. (I guess they were not hopeful their cell coverage would connect them to the local magistrate in times of distress.)

It’s abundantly clear to me that when the police are present they can and will risk life-and-limb to protect. And the great majority humbly serve. But their role has never been to keep the average person or their property safe. Your home security is your responsibility.

The alarm company is not responsible for your safety.

Now in case you misunderstand me, I’m not saying don’t get an alarm. I’m just reminding you of the fact that they provide a service; a valuable one. But they don’t take over the responsibility for your security. They can make an after-the-fact phone call. But at that point, you’re probably already having your most traumatic day ever if you’re home or your privacy has been violated if you’re not.

Most of us don’t want to live in a fortress. (Although, have you seen some of those castle pics online?) So the goal should be to think practically about securing our doors and windows and, as we’ll talk about in a later post, removing unnecessary blind spots around our house.

Whatever is important to you (family, keepsakes, privacy, etc) is mostly found in your home. So take back the responsibility for keeping you and yours safe and secure. Being informed and prepared means living without regret.

Do you see the the home security facts as I do? Do you think I missed some things? I welcome your thoughts and concerns. Just leave them below. Let’s chat!

4 Replies on “6 Home Security Facts – And a whole lot more!”